Yesterday I made a QSO with CU4/CT1FMX (Jorge) from Graciosa Island on the 20m band.
Graciosa Island (Portuguese pronunciation: [ɡɾɐsiˈɔzɐ]) (literally "graceful" or "enchanting" in Portuguese) is referred to as the White Island, the northernmost of the Central Group of islands in the Azores. The ovular Portuguese island has an area of 60.84 km², a length of 10 km and a width of 7 km. It is a volcanic island, dominated by a 1.6 km wide central caldera (the Caldeira) located in the southeast. 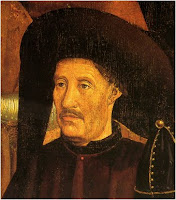 In addition to the other islands of the Central Group, Graciosa was explored by Portuguese navigators during the first quarter of the 15th Century. Although there exists no accounts of the first sighting of the island. May 2, 1450 has frequently been referred to as the date of the islands "discovery", although there exists no documentation to support this date. Paradoxically, it is clear that in 1440, by order of Prince Henry the Navigator, cattle and swine were settled on the island in order to facilitate colonization. 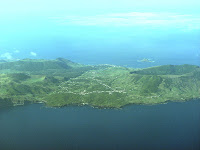 Similarly, it is unclear the names of the first settlers to colonize the island, although around 1450 the first colonists were probably slaves (but formal registries did not exist at the time). The first group of settlers of note to be mentioned were led by Vasco Gil Sodré, a former resident of Montemor-o-Velho, who arrived from Terceira accompanied by his family and servants around the middle of the 1450s. It was this pioneer who inaugurated the official phase of continuous settlement on the island.

This is the video of the QSO I made using an FT-857D and a 4m whip.
Submitted by EC1CW