Tjis is a picture of my FT-897D with an internal YT-100 antenna tuner and a small LiPO battery. 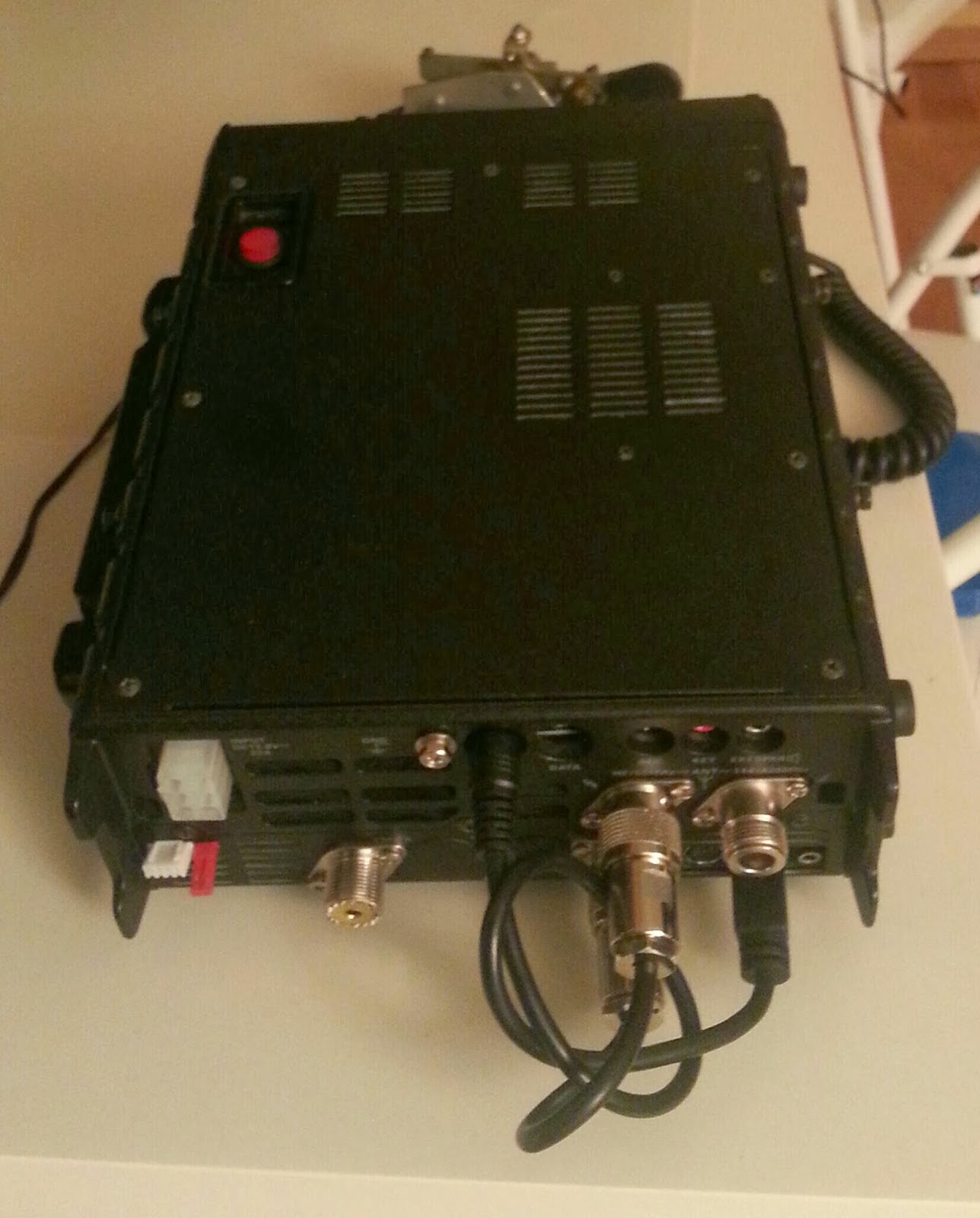 I put this picture on the blog because I had posted a video of the radio with the internal tuner in action on Youtube, and there was a person who disputed the title of the video. He said that the tuner was not internal. So this picture is for him.

I also replaced the battery switch with a push-button with a led to activate and monitor the operation of the tuner.
On the picture you can also see some DC terminals coming out from the battery compartment. These are to charge the small 2200mAh battery that I also fit in the space left after adding the automatic antenna tuner.
Submitted by EC1CW 2 comments: