This is a video of a QSO with German station DK1MHW (operator: Hans) on the 15m band, using my Yaesu FT-897D manpack with a 2.4m whip.

Today I received his eQSL as well. I hope he enjoys this video. 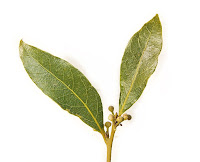 The trees in the background are laurel trees. Laurus nobilis is an aromatic evergreen tree or large shrub reaching 10–18 metres (33–59 ft) tall, native to the Mediterranean region.
Bay Laurel is the source of the bay leaves, which are used for their flavour in cooking. It was also the source of the laurel wreath of ancient Greece, and therefore the expression of "resting on one's laurels". A wreath of bay laurels was given as the prize at the Pythian Games because the games were in honor of Apollo, and the laurel was one of his symbols ever since his unsuccessful pursuit of Daphne. In the Bible, the sweet-bay is often an emblem of prosperity and fame. In Christianity, it symbolizes the Resurrection of Christ and the triumph of Humanity thereby. It is also the source of the word baccalaureate (laurel berry), and of poet laureate.
Submitted by EC1CW