This is a video of a QSO with Romanian station YO6OAF (operator Bela, from Miercurea-Ciuc) on 15m SSB.

Miercurea-Ciuc is the county seat of Harghita County, Romania. It lies in the Székely Land, an ethno-cultural region in eastern Transylvania. The town is situated in the Olt River valley. 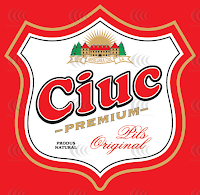 Miercurea-Ciuc was captured by Hungary between 1940 and 1944 as a result of the Second Vienna Diktat. In 1944, the Soviet Red Army captured the town. It became part of Romania again in 1945, a move confirmed by the Paris Peace Treaties of 1947. Between 1952-1960, the town was part of the Magyar Autonomous Region, later named the Mureş-Magyar Autonomous Region between 1960-1968. In 1968, Miercurea-Ciuc became the county seat of Harghita.
In the post-WWII period, the town was industrialized; among other projects, a tractor factory, a textile factory and, in the 1960s, a beer factory were built here. The Ciuc Beer products have gained an increasing popularity in Romania.
Submitted by EC1CW